Warrior2410 Posts: 154
January 2019 edited January 2019 in General Discussion
I know, I know. This probably doesn't belong here. But I like to make new forum posts about the things I either wanna say or wanna save because I'm never gonna find my concept of Cliffjumper again so here's my take on him: 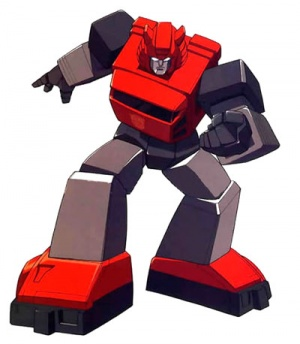 SP1: Glass Gas Grenade! (Cliffjumper bashes the opponent and throws an explosive. The explosion knocks the enemy down and is white with blue tints.)
Inflicts Glass Gas debuff for ten seconds. Has a chance to inflict armor break.

SP2: Big gun! (Cliffjumper pulls out a big gun[Maybe the rifle from the first G1 episode] and shoots the opponent three times)
Inflicts bleed on critical hits. Chance to inflict Glass Gas debuffs (not critical dependent) Maximum of three, each lasting about five seconds. If Glass Gas is active on the opponent, two stacks of bleed will be inflicted perchance. (Basically, if Cliffjumper hits the opponent that has Glass Gas on them and uses his special two, he will inflict two bleeds per critical. To balance this, it only works with special two, and not basic ranged attacks)

SP3: Impulse-Issues (Cliffjumper revs his engine like G1 Bee (does not gain any buffs) and drives right to the opponent while doing donuts around them, inflicting Glass Gas from his exhaust pipes. When the opponent tries to grab him, he drives into the opponent, knocking them down and drives away, pulls out the rifle from special two and shoots the head.)
Inflicts Glass Gas, and a single stack of bleed and armor break. Inflicted Glass Gas lasts twenty seconds.

Special Ability: Traitor? Cliffjumper is always suspicious. He doesn't know if his partners are traitors but he does hate Decepticons as much as traitors, which fuels his drive.
Heavy attacks have a chance to inflict Glass Gas for (<5) seconds. Additionally, all Glass Gas abilities last (X%) longer.

Small but mighty: Bumblebee, Cliffjumper
Bumblebee: When shield breaking, (X%) chance to inflict a bleed for 40% of your attack. (Can shock the opponent as well)
Cliffjumper: Critical heavy attacks give a permanent Critical Rate buff. (Only one applicable at a time) This buff is lost when a critical hit is achieved, or Cliffjumper is struck.

So that's my take. All of this was based off his wiki info.
Tagged:
0
Sign In or Register to comment.