Bots Fighting on the Base?

Arklaine Posts: 37
August 2019 in Bugs and Known Issues
I encountered a strange but very cool bug while playing today.

So, setting up the scene: I was playing some raids and just entered OG Prime into a fight with a defending Kickback and was waiting for the game to load. While loading, my Internet abruptly crashed and gave me that "Lost Connection" error message. But instead of sending me back to base, the fight apparently had started while still on the loading screen, if the opening sound effects were an indication of it. There was a tiny bit of lag getting past the loading screen, but once that was out of the way, Prime and Kickback were fighting in front of the Away Mission ship.

This was a very, very weird glitch. On one hand, seeing bots fight directly on the base was amazing, but I couldn't control Prime at all (the menu HUD override the bot controls, I figured), so I had to watch him get pummelled by Kickback. I could access menus such as the objectives and the calendar while the fight was going on, and it would even continue going on the background too.

Eventually, though, I could tell Prime was getting low on health by just standing there getting kicked, and I didn't know what would happen if he were to be KO'd. My finger brushed up on my phone's Return button, prompting the Exit Game box to pop up. Tapping No brought me to the pause screen that displays in the actual fighting arenas.

I noticed the Auto Battle function was still there and operational, so I tapped that on and resumed the fight. And so, Prime proceeded to fight back against Kickback, and I honestly thought he would turn the match around.

But then the game crashed.

It exited me out of the app entirely, and going back into the game everything was back to normal.

So yeah, this was an extremely cool accidental glitch, and I can't seem to purposefully get this glitch again, despite me even trying to turn off my router intentionally. 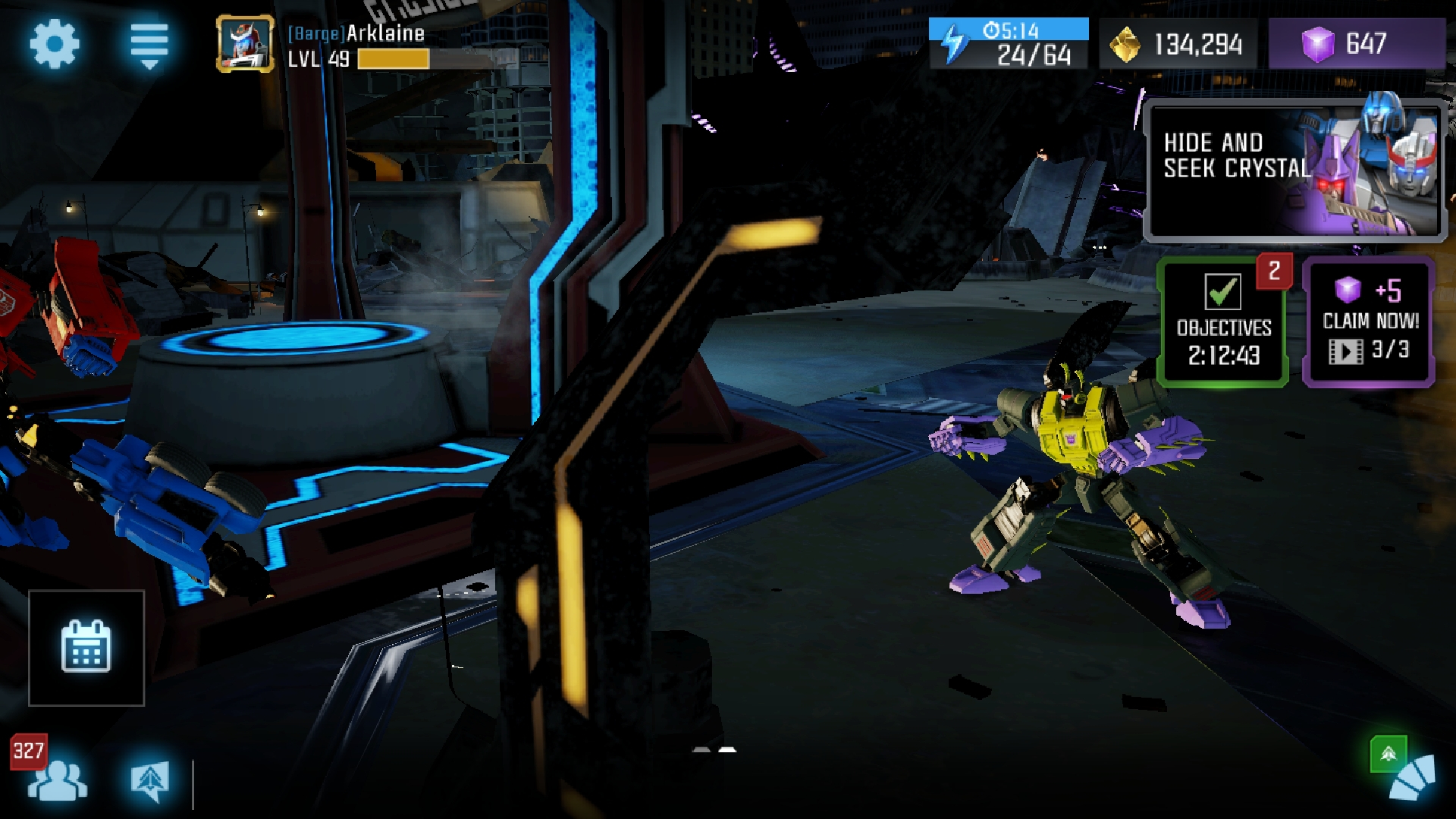 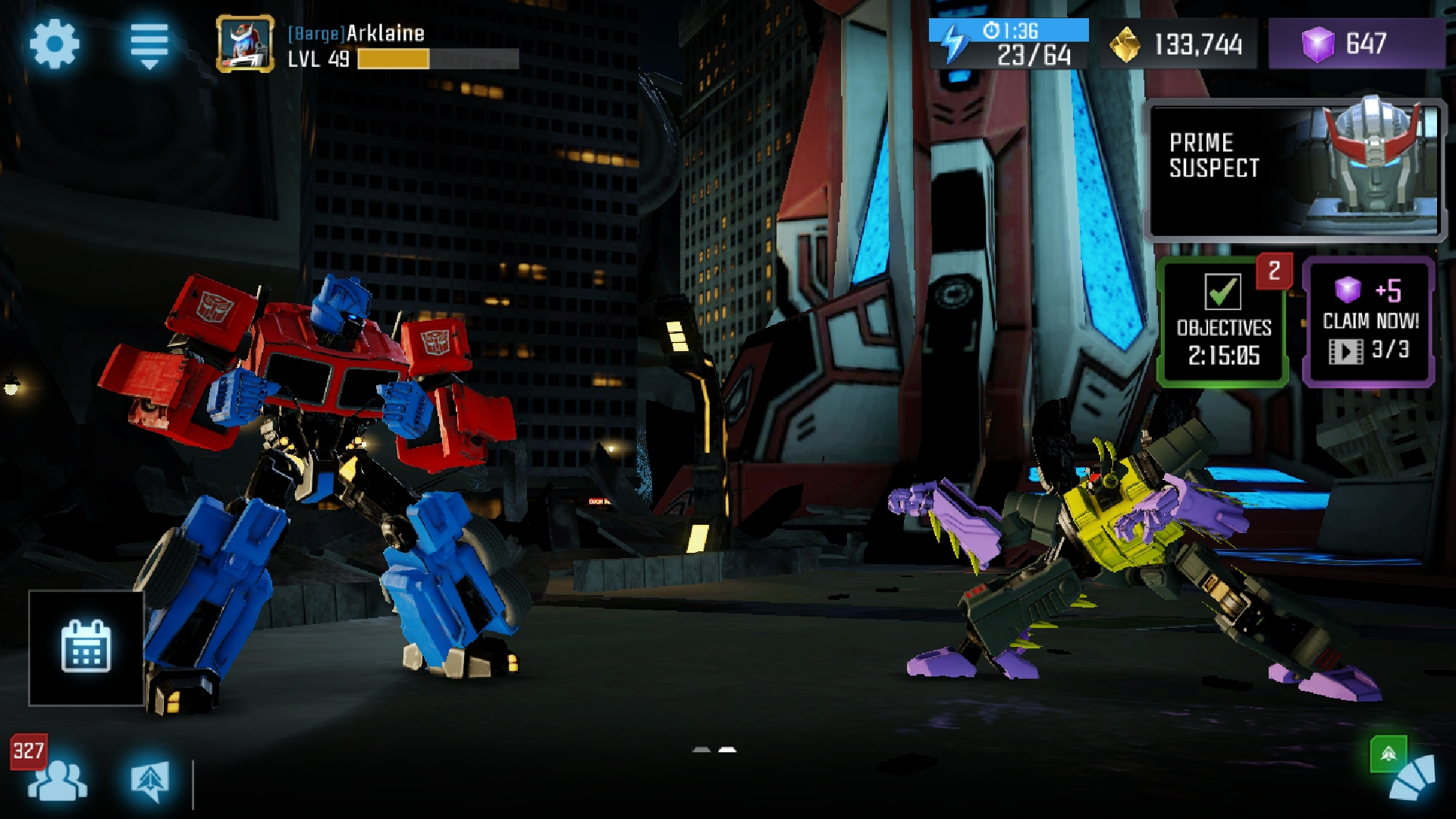 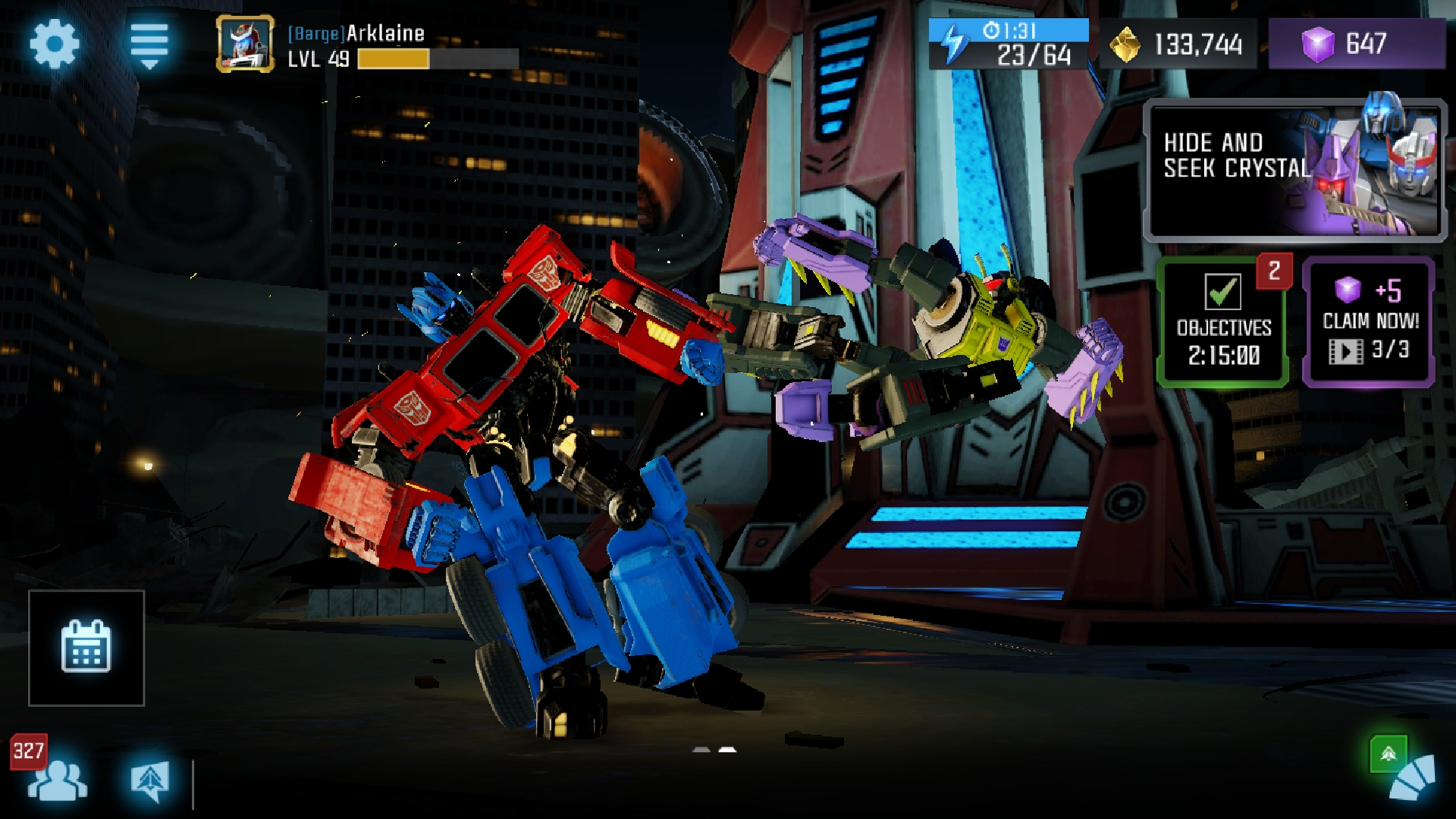 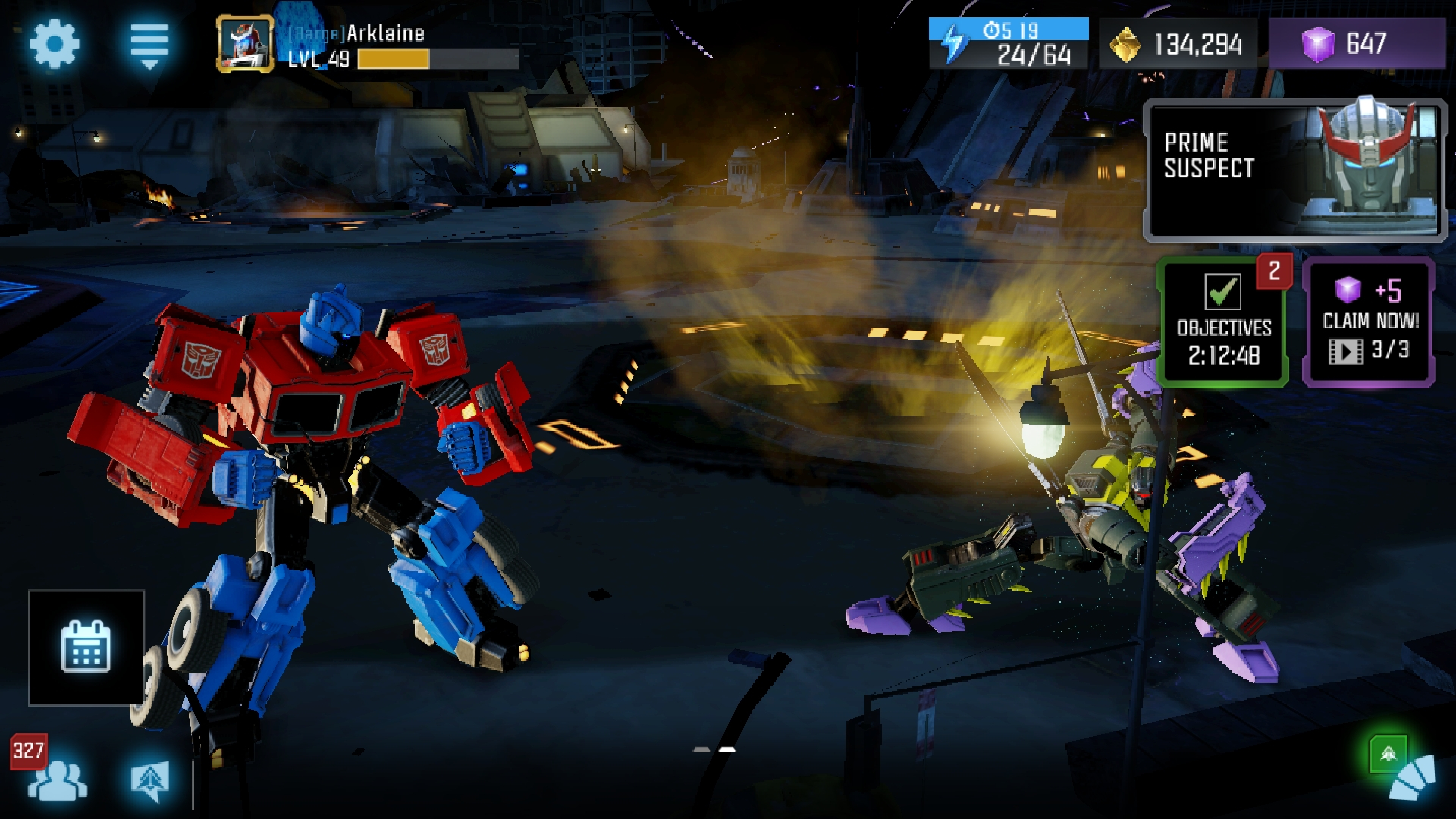 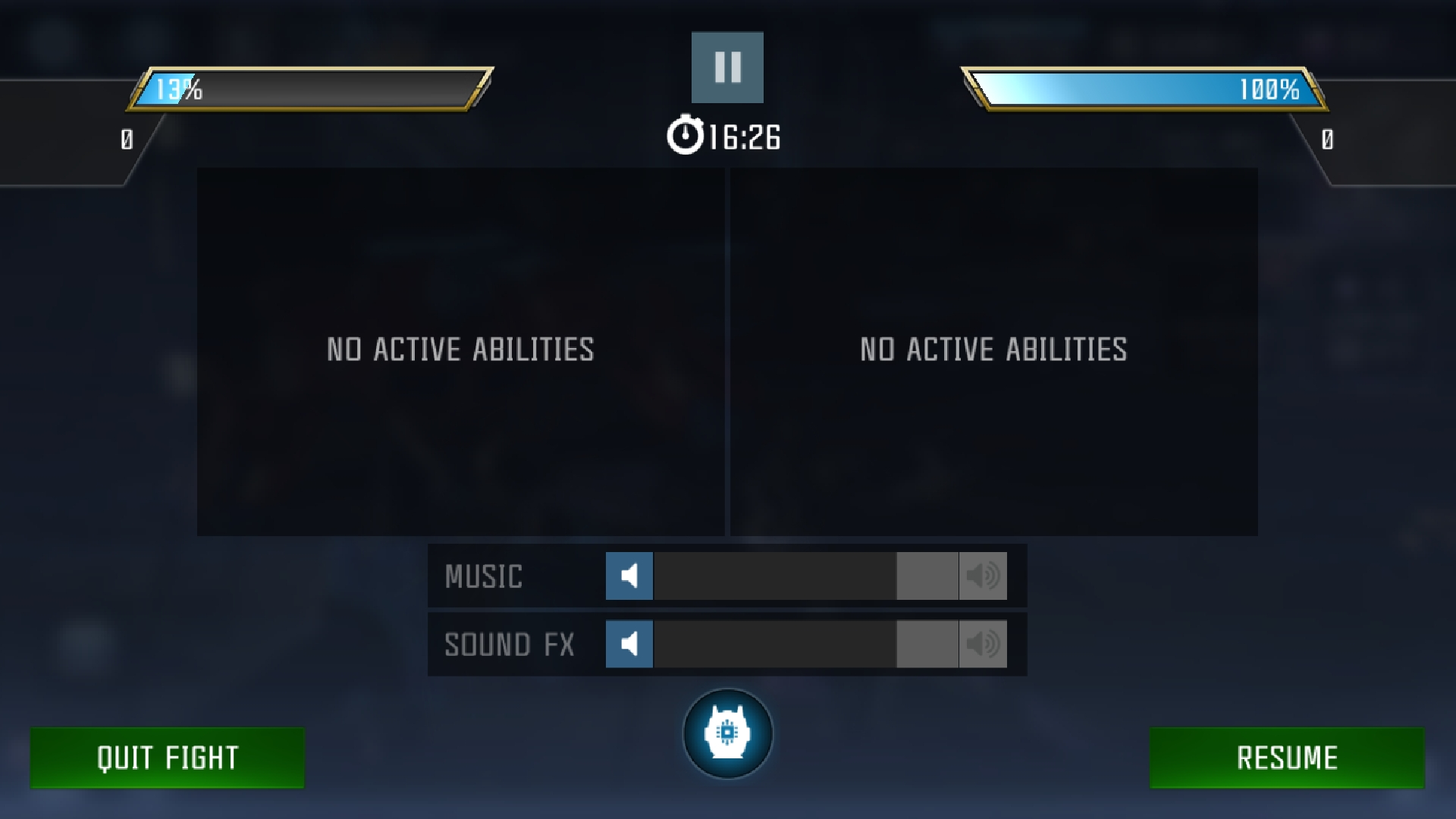