GeneralZ9 Posts: 183
September 2019 edited September 2019 in General Discussion
I would like to share a tip that you probably didn't know that involves two things: Starscream and the Cycle Resist Mod. Let me explain.
Now we all know that when you use Starscreams Special 3 you nullify a lot of Buffs. Most buffs disappear, but not the Cycle Resist Mod. Instead of nullifying all of the resistance it skips over to the next resist(Example: You nullify the Physical Resist, instead of disappearing, it skips over to the Range Resist and so and so on). So if you use Starscreams Special 3 on a Bot that has Cycle Resist, it will continue skipping over and over until at stops at a random resist buff, dealing SO much damage. And that is it. I hope this info helps you in the future. 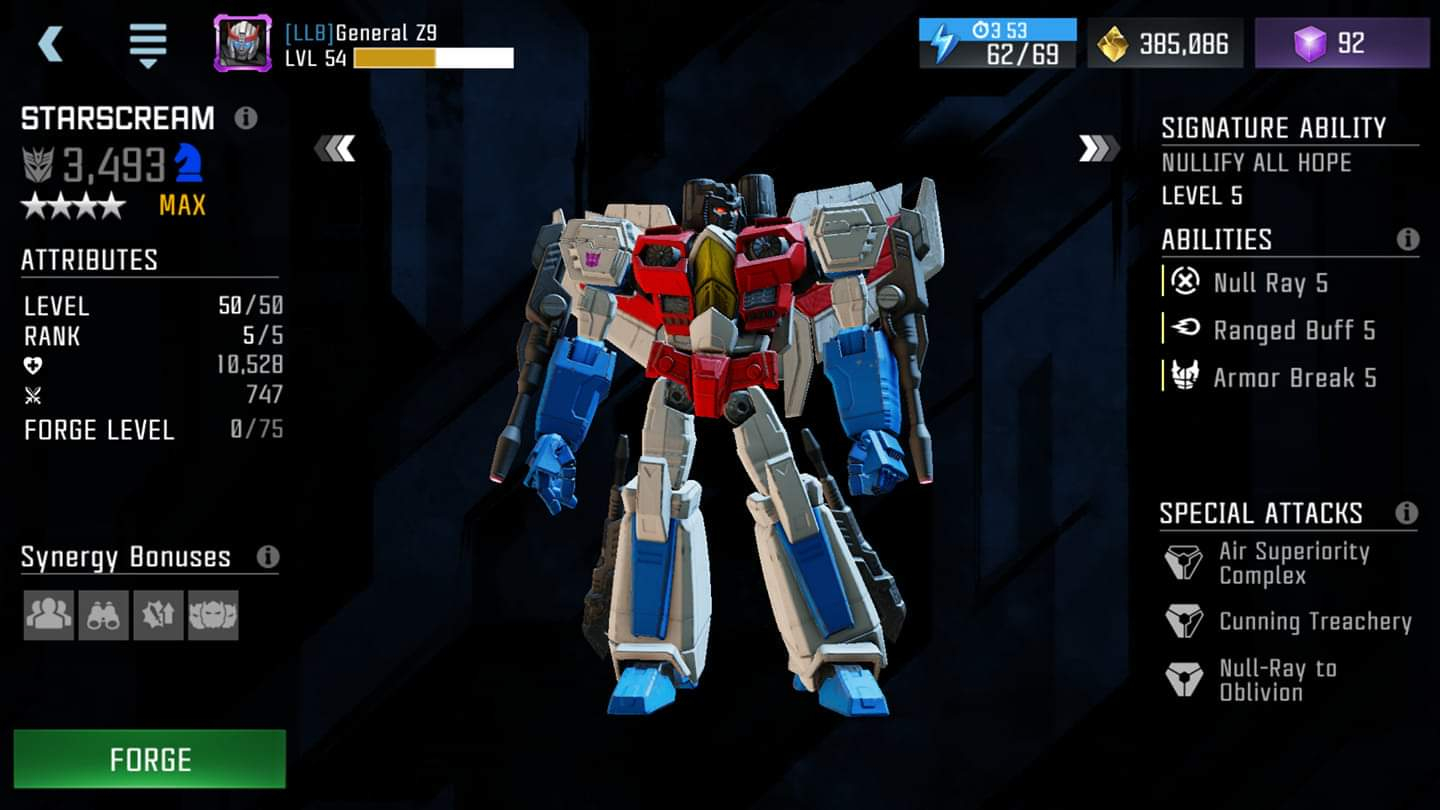