After trying it out, Discord is not a suitable replacement for the forums

Darm0k Posts: 2,485
October 2020 in General Discussion
So I gave Discord a chance (again - used it a little when it first was set up for the community) and came to the conclusion that Discord is not something that fill the void that the forums closing will leave. I would say that one of the main reasons for it's "forum-like" short comings is that Discord conversations are more real time - if you're not online when it's happening, you can't be a part of it.

I'm not sitting on Discord all the time. I'll have some work things, family things, life things, or just things that will keep me from hanging out in the app. When I jump back in (sometimes a few hours later, sometimes a day later), the conversation is usually way off from where it was when I left. If there was something I was engaged in earlier, it's too late to keep that going. People currently chatting may not be interested in that topic and the folks I was in discussion with may not be online either at that time.

On the forums, each thread is its own topic, so I can jump into the one I am interested in or was engaged in and usually continue where things left off. If the people I was "talking" to are not online, they can read up on what I posted the next time they log in. Usually, the conversations in a thread are not all over the place, but on topic (yes, there can be exceptions - that's why I said usually). Imagine if the forum was just one giant thread, that's Discord. (okay okay, a couple other threads for rules, announcements and pet pictures, but those don't really count)

I'm not saying real time chat is bad, it does have its place. One example of this is communication among alliance members. I use LINE with my current alliance. It still does have some of the shortcomings I mentioned above with Discord - it can get pretty chatty. And by pretty chatty, I mean the chat can be a little nutty. But it's not designed to replace a forum (I think a forum would be horrible for an alliance chat BTW); it's great for coordination during alliance missions which is the now. We don't need it to discuss things from last weeks AM or even before that.

Also, I'm not saying that the problems I am running into is limited to the Forged to Fight Discord, I have joined several other servers - some game and some non-game - and it's the same experience. Some of it even worse since there's a lot more activity. On those servers, I pretty much have all the channels muted except for the announcements and news ones. And, uh, I will admit I'm the same here. This is what my sidebar looks like for this server 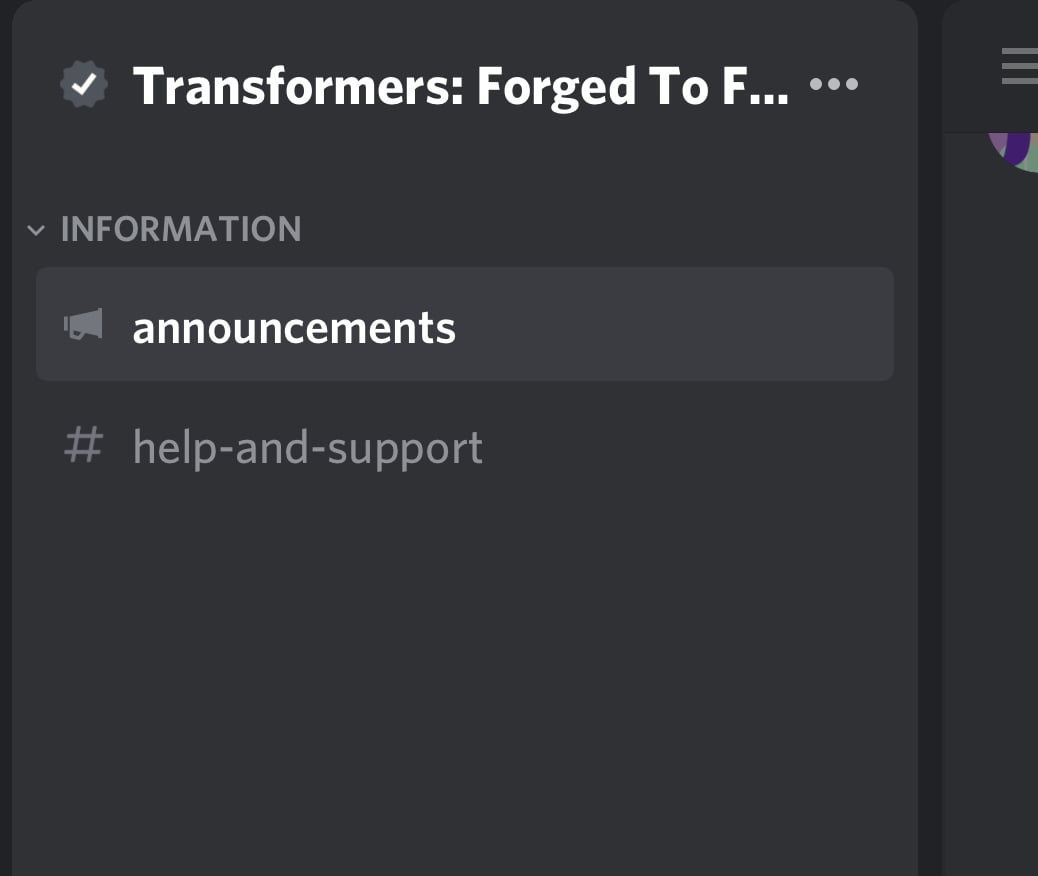 (yes, I have the hide muted channels enabled - I turn that off once in a while to check, but usually don't find anything worth engaging in at the time so I turn it back on)

So the $2.37 question, will I stay on Discord? Yes.... and no. Yes, to read the announcements, but no on staying to chat with folks. Nothing against most of the fine folks who are there, but I don't have enough short term attention span to keep up with the chat. I also find a lot of conversations that aren't even related to the game.

Yeah, I'll miss the forums. It was a great place to discuss the game with other players.
10