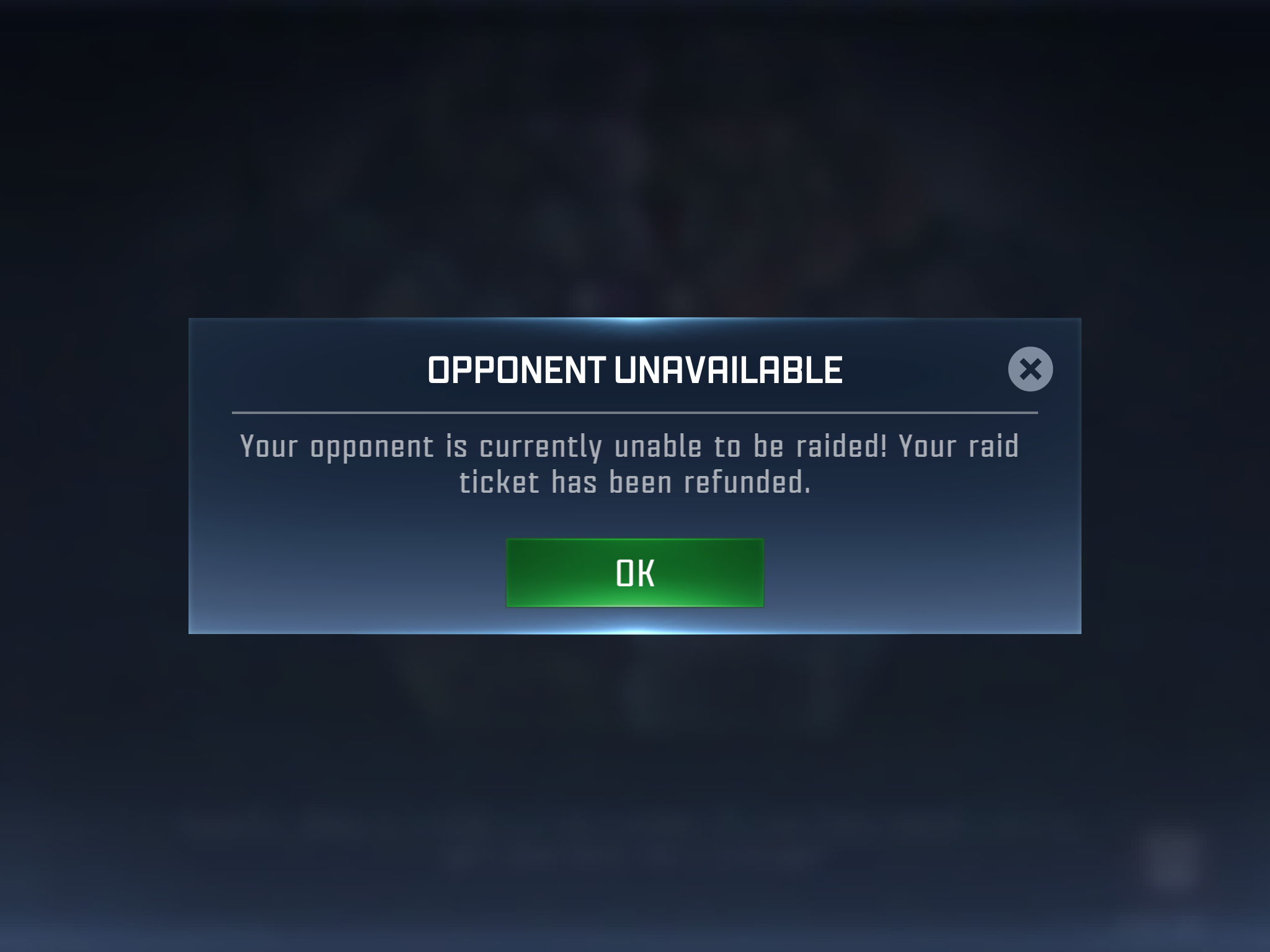 Is the Raid Revenge function ever going to get fixed?
It's broken and doesn't ever work.
Tagged:
2