Rshxanadu2112 Posts: 20
November 2018 in General Discussion
Hello Kabam.
Yet again this spotlight mission seems to be loaded with bugs and poor play. I was curious if anyone else has had this problem. I finished the SP in expert was given the monthly reward and actually pulled not a 4* but a 3* Scorponok. However I didn't know who I had duped until I went into my bots the little icon that was supposed to show him kept spinning w the little dial we all know too well. Even happens in game. When you come upon Scorp at the last level. The entire game dialog for the spotlight mission I was reading just words. The only character that showed up was Optimal. The others were invisible. What is this @kabammike 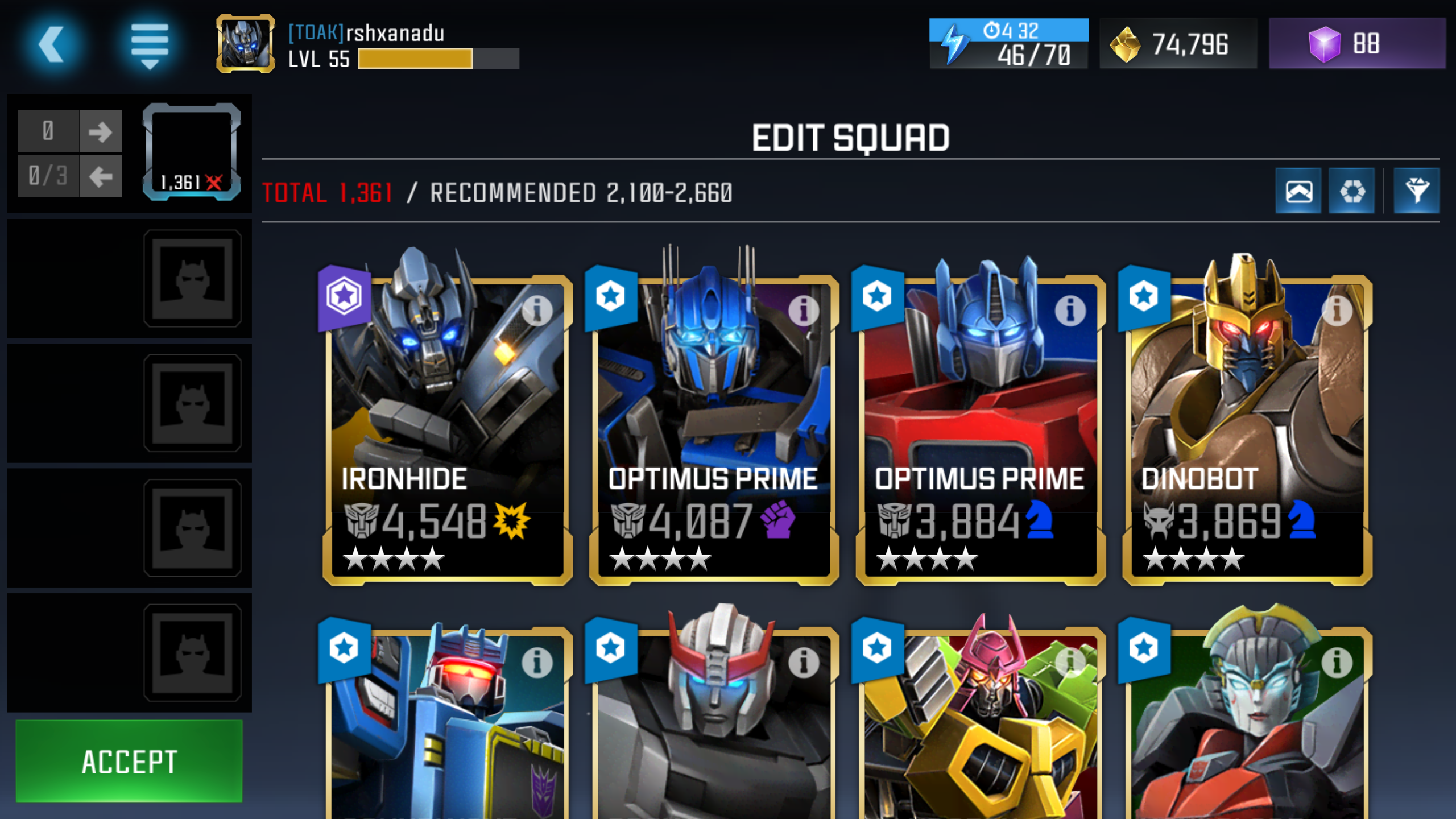