BOFAD Posts: 467
December 2018 in General Discussion
Over the course of the last two months Omega Primes has been pushing the envelope towards something that many in our community thought was undoable. This morning, Omega achieved 100% on Map 3 Ancient Sanctum D100. Below is the screenshot as proof and also to show @Kabam Miike and @Kabam Vydious that we hope a new map is coming soon. Some of the Guys are allowed to post screenshots and videos from their fights and will do so throughout the day in this thread. 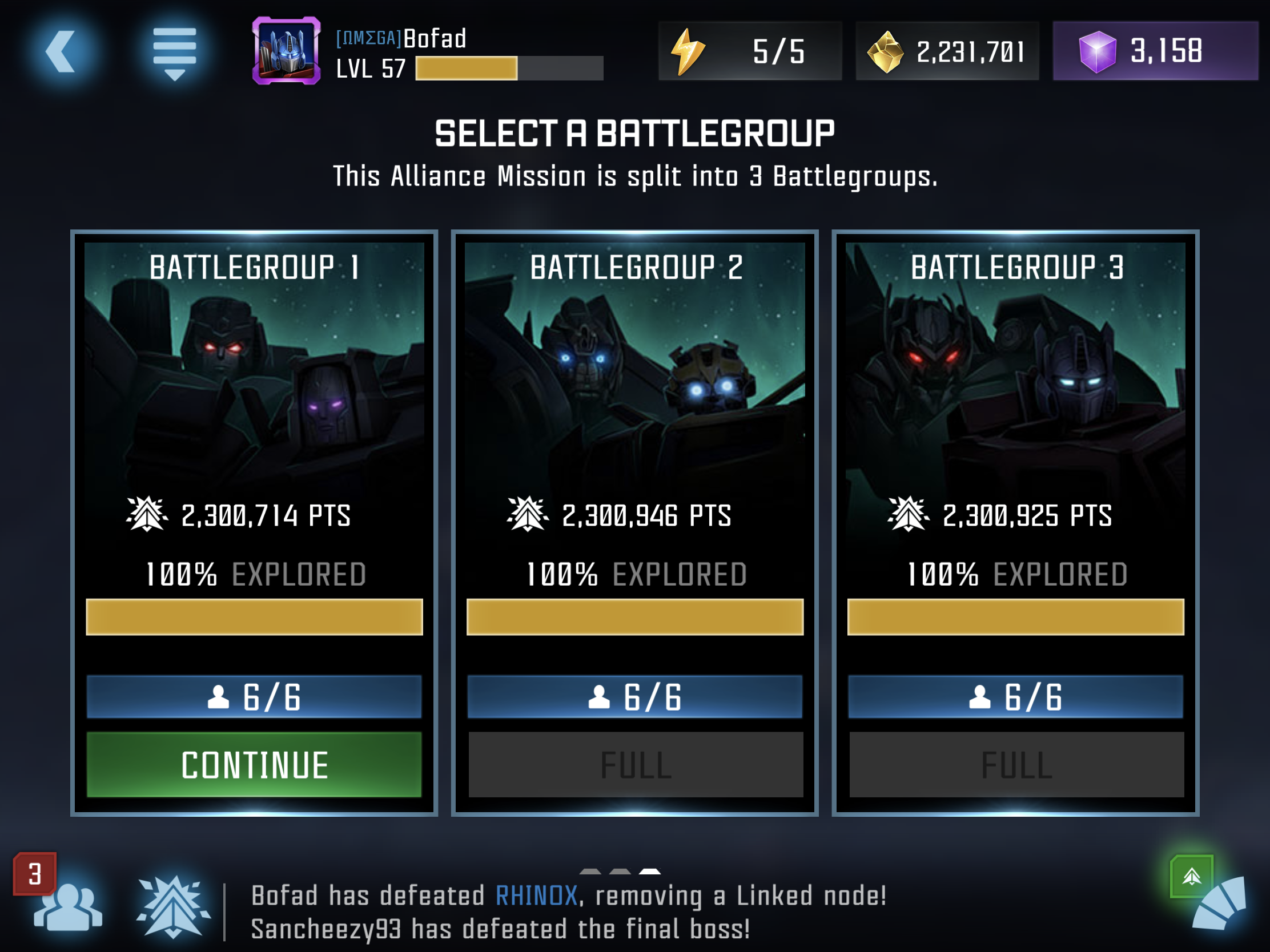 Shoutout to the guys below as some of the best. I hope others can join me in congratulating them as well. Awesome job last night fellas!!!