I was checking something on the wiki when I found out about this image, which btw never bothered me, till now, when I saw it in detail, and saw Thundercracker on the background 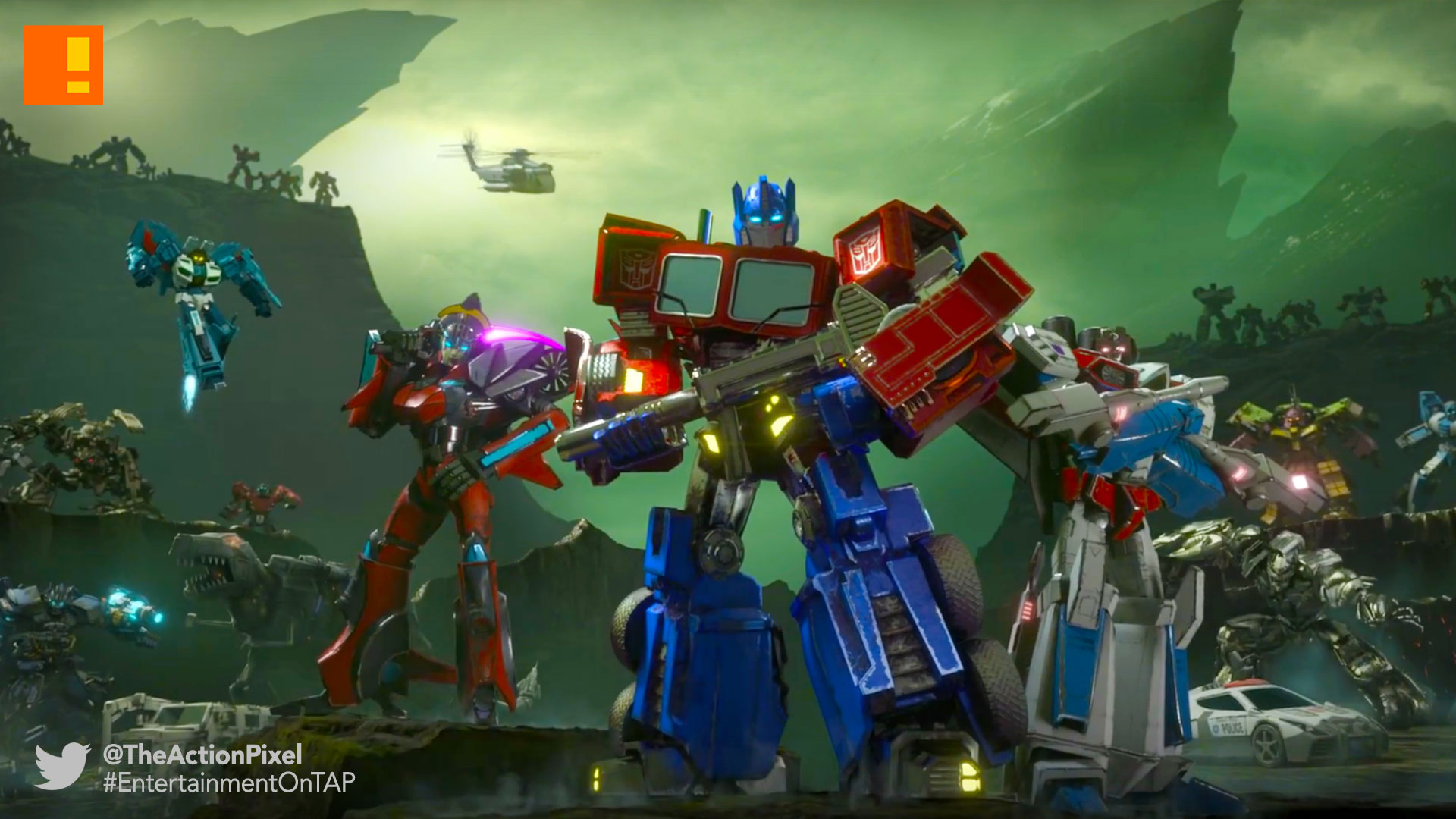 And before anybody asks or say something, this image is legit, it is in full 3D AND was probably one of the picture to promote the game ( so it's actually really old )

Now I had a lot of questioning when I saw this, and i'll try to make you feel what I felt when I understood some underlying things

Currently, with this, we know that Thundercracker character was in the production for a very long time, and by seeing this picture, we can also assume that his model, texture, probably animations ( since it's the same as Starscream) and special effects were also there. The only thing we don't know is the coding behind him. But still, we can already tell that his character was waaay after the process of just " designing " a character and was like at least 70% or more, done.

And I'll quote what Miike said on another thread:
" A new Bot may have been released every month, but that doesn't mean that it only took a month to build... A brand new Bot took several months to build, and the same goes for Mission content. "

Another information is the leak.
On this one, Thundercracker wasn't there, and yet, we still need 2 more bots from that list( all the others are already in the game and got released )

So, by combining all this informations, we have a few theory ( I'll not say the word speculation since it's frowned upon here )

Mine is pretty simple

The production team isn't the same as before ( by that, I mean when they actually did work on Thundercracker )
So, when they knew that the game was clearly on the brink of ... you know
They did release that bot that was like, already finished at 60-70% ( I mean, his code could even have been finished at this time, by the older team production, he was also probably done like at 99% but Kabam didn't want to release him for some reasons )
But one thing is still questionable : why he wasn't on the filegame from the beginning, especially if he was already made at the start of this game( which is why he wasn't shown on the leak ) And yet, we still did get him, 1 month ago ... ?

So what's actually going is : The production team can't longer produce bots, but they don't want the players to know about, so they brought back a bot, that was like already almost finished by the older team, and that Kabam purposely didn't want in the game before, just to reassure the player that the game still have a production team ( probably almost the " same " size as before ). And since a bot can't be done in less than 1 month or so, quoting Miike, this bot " couldn't be done " only a few month ago, but was planned since way before that. By doing this they make this " fake feeling " that Thundercracker was on the production from a long time ago

And they did this on that special period of time( anniversary), when they knew that if there wasn't any thing really " new " they would have lost way too much player ( and by that, meaning the end of the game).

Again, this is only my theory, I just gathered all the information I could have, and tried to figure out what's actually going here.
I mean, all of this could be wrong, like Thundercracker was already planned to come the last month, but 1 year ago, by the team, etc etc.
I'm no conspirationist or anything, not a genius to take out the truth from simple information. I'm a simple man, that just wanted to share with you guys, what I discovered, and what I felt about the game, just by seeing Thundercrack on this picture.
So again, this is only fictionnal