What was BW Megatron's Best Body? 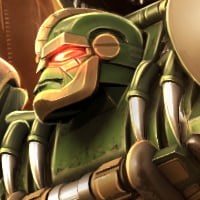